I was a mess. An accident waiting to happen! Awkward and clumsy, nightmares and confusion summed-up the grind of my survival; however, my coping mechanism had been fitted and I wore my masked smile well. Without inquiries seriously invested in my life, I hobbled along. Yet, as the Lord began to tug on the trappings of my heart, I told Him, “no,” I was content with living in the mess; I had found self-protection and love. My day-dreams made up for my nightmares. They allowed me to feel in control. And, finally a semblance of joy could be felt in my life. I didn’t want to give that up. But since it is impossible to hide anything from God, as His child, He very tenderly began removing the layers exposing the need for HIM.  It wasn’t easy; I baulked many times, I still wanted my day-dreams, I wanted that place I could run to and find pleasure that didn’t come with a price or need to relate to another; there was no painful discourse. Giving God that space to occupy was not what I had in mind. If I followed what He was commanding, a spirit of prayer that regularly meditates on the truths of His Word, it would be all over. I would not be allowed to keep MY dreams & agenda, and it would be all about HIS agenda.

I found myself not ready for the overhaul. To change habits that were so ingrained and were what I deemed as pleasurable, felt like a real intrusion. I winced under the thought of losing “my” thoughts, my self-made security that I had clutched to my inner-being for so long. Patiently, the God of grace, pursued me, still. And I was drawn to His wonderful Grace, His relentless Grace, His tireless Grace, His selfless Grace. I began the long, hard renovation of replacing temporal counterfeit joy with the marvelous, infinite, matchless grace of God. And I never want to go back!

Paul David Tripp says, we all need to admit that we are “still a bit of a mess; that’s why we need God’s grace today as much as we needed it the first day we believed.” And that our morning routines need to consist of looking in the mirror and saying, “I am not a grace graduate.” He further says, “When you argue for your own righteousness, working hard to deny the empirical evidence of your sin, then you fail to seek the amazing grace that is your only hope.” Did you hear? THAT IS OUR ONLY HOPE – God’s GRACE!

Since the death of Billy Graham, I have read a number of memoirs and blog post of individuals who knew Dr. Graham and testified to his amazing character. I think more than anything he lived under the pretense that he wasn’t a grace graduate but one who sought after the grace of God, daily.

Graham had a testimony of praying without ceasing, having his Bible opened and as he passed his desk, pausing for a bit of “spiritual nourishment” throughout the day. What a glorious picture of a life that understood a need for grace on a daily basis. 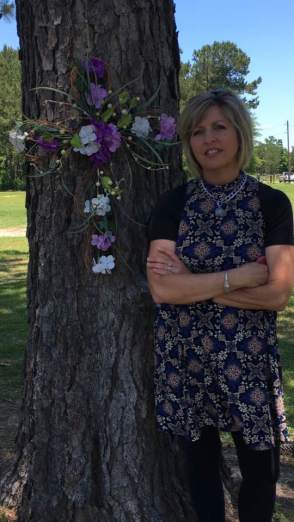 I want that! I want to pray without ceasing, and every moment of my day to be filled with the thoughts of eternity and God; To live life for the next world as Billy Graham did; To do the Lord’s work and not accept accolades or any earthly glory; To stay at my task without looking for material gain; and to allow God to make me and mold me into the image of Jesus Christ. That would be real and lasting joy. Enjoyment like I’ve never known!

In what ways did the ministry of William Franklin Graham impact your life?