Have you seen a Hallmark movie where the leading character needs to gain a bit of perspective, so a messenger is sent to help him find his way, and with a blow to his head he finds himself in a new life? But time is running out; will he learn the lesson before it’s too late? 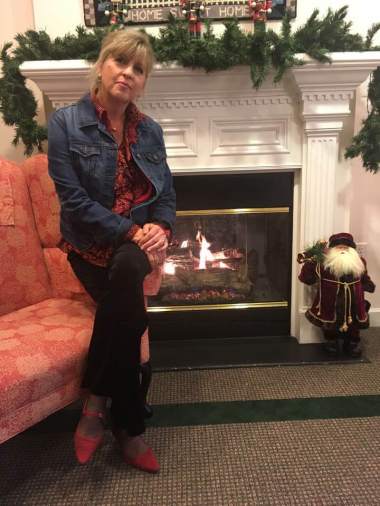 As the end of the year barrels down upon us, I’m totally focused on time. How fast time flees! And, what’s left of our time! How important that we make every day count for eternity so to hear, “Well done my good and faithful servant” (Matthew 25:21, NLT) as the result of our time on this earth!

Since there is so much that touches our lives from our own sin-stained hearts to sin-stained individuals, and a sin-stained environment, living in real time is often painful. How we allow those “touches” to govern our outlook, direct our path, or corrupt our thinking and imprison us in dark demoralizing dungeons, determines how we use our time running this race (Hebrews 12:1). So, if we need a “bump to the head,” so be it! Thankfully, if you’re still breathing it is never too late to welcome the Lord’s healing perspective in living “real time” with His calling and purpose, “seeing that His divine power has granted to us everything pertaining to life and godliness, through the true knowledge of Him who called us by His own glory and excellence” (2 Peter 1:3).

A well-known Bible character who was affected by the sin-stained “touches” of his older brothers was Joseph. And yet, Joseph serves as a reminder that others may have evil intentions or evil motives, but whatever “touches” us has been approved by God and He can use it for good (Romans 8:28). Joseph’s close relationship with his God, enabled him to share a forgiving spirit with his brothers: “. . . do not be grieved or angry with yourselves, because you sold me here, for God sent me . . . it was not you who sent me here, but God; . . .” (Genesis 45:4-8).

Joseph wasn’t like any Hallmark movie character. He lived in real time separated from his father for over 20 years, imprisoned for half of those years, but free from bitterness or revenge.

Joseph’s radical perspective acknowledged both the wrongdoing of his brothers and the purposeful working of God. This perspective demonstrated a heart preserved from anger and bitterness: “As for you, you meant evil against me, but God meant it for good” (Genesis 50:20). Living in a sin-stained world in real time takes “an apparent spatial distribution in perceived sound” – a “Joseph perspective.” When his first child was born – a son – he gave him the name Manasseh which means “God has made me forget all my trouble” (Genesis 41:51). Forgetting past sin did not mean leaving his memory, as Joseph recalled the past events with a vivid memory 20 years later. But it did mean God healed the hurt of his brothers’ sins committed against him. Joseph honored God with his time, even the time he spent in prison, and God provided the healing that Joseph needed!

Before a New Year begins, what has “touched” you that needs a proper perspective, “AN APPARENT SPATIAL DISTRIBUTION IN PERCEIVED SOUND,” in real time?